When I was a little girl, I remember my sister and I couldn’t wait for my mom to get off the phone so we could tell her all about how my brother was terrorizing us and stealing our baby dolls. Oh, he’s really gonna get it, we thought. But when my mom was done with her three-hour conversation to my aunt in New York, lo and behold, her first words after hearing my sister and I depict everything my brother had been doing to make us miserable was a shocking, “Well, what did you do to him?”

I couldn’t believe her. How dare she take his side? Didn’t she hear anything we said? Unfortunately, not much changes in the workplace. We all grow-up…sort of. They let us drive on roads and use computers and earn a paycheck, but then eventually we are back in the same spot. One of our coworkers, or sometimes even our own manager, is acting like a fool, and we try to problem-solve on our own but without any meaningful results. It seems that not only are we getting nowhere, but it’s come to the point where the other unnamed employee is actually ruining our reputation, making work the last place we want to be everyday, and there must be a professional adult who can help handle the situation better. Right? Eh. I know you may think this, but I urge you to fight every fiber in your being and remember the following things:

1. HR will tell your manager you came to them.

Maybe you want to test the waters and ask Human Resources the “what if” situations in case you were to file a complaint or start a process, so you walk into the office and you politely tell the HR rep, “I’m not sure if I’m going to do anything yet, so please don’t tell my manager.” Even if the concern you discussed wasn’t regarding your manager, HR is already giving them the heads up that you visited them and are unhappy about something. Why? Well, they’ll say it’s so your manager is aware and can help you out, but it’s also so that the company can stay a step ahead of the game. If your manager was the person you’re in a huff about, now he can be prepared for what may or may not be coming by acting differently (not necessarily in your benefit). This could mean taking notes after all your conversations, or purposely not interacting with you as much so you have little to go from in the future, etc. He could also approach you with vague questions such as, “How is it going?” “Is there anything you want to discuss?” hoping that by probing you’ll give him more insight on the situation, even if you’re not ready to do so. Regardless, if you want to know your options, company websites have their policies published somewhere. Just figure out where that is, and READ IT. That way, you stay more anonymous yet obtain the info you’re going after. Knowledge, after all, is power.

2. HR is mainly concerned with hiring and firing people.

By going to Human Resources with your problem, you’re displaying that you lack the conflict resolution skills required to be a successful employee and are now making it their job to solve your problems for you. If you are not able to go to your manager for your help; the problem is with your manager, or your manager has given you advice that has either failed or made the problem worse, then perhaps Human Resources felt like your only option, but just know that they will likely be annoyed. This department has enough to do with the paperwork that’s involved around finalizing offers with employees, onboarding employees, handling training, etc. Then, there are the more serious issues which may lead to firing such as stealing company time, severely violating a company policy or ruining the company’s reputation by making some type of racist statement on social media, for instance, that they now have to defend through their legal department or deal with via Ethics. Trust me, their hands are full, and the last thing they want to do is play mediator because you and your boss got into an argument. Try your best to resolve it with your leader, and if you cannot, then go to your boss’s leader. It is their job, after all to manage your boss, just as it’s your manager’s job to manage you.

3. HR does not care about your feelings unless you’re threatening to sue. 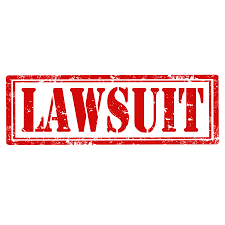 Let’s paint a picture. So your boss makes you uncomfortable, or he’s rude in meetings. He can be quite aggressive and doesn’t seem to care about your career growth. He makes comments which are borderline sexist, and on occasion he plays favorites and has passed you up for training opportunities. The way he communicates with you is intimidating, but you have handled it the best you can. Now, you want to give HR a shot to make it right. WRONG. Unless your manager, whether it be a male or female, is acting in a way which falls within the definition of “harassment” or makes your workplace a “hostile environment” and you’re planning to hire a lawyer to prove it, don’t waste your breath. Human Resources will just say things to placate you (“I’m sure they didn’t mean it” or “We will work on coaching this manager better”) and make it so you think they care, just enough (without admitting you have a point), to make you not want to go to a lawyer.

4. HR is not obligated to keep your conversations confidential. 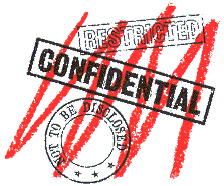 One time I went to HR to ask how insurance coverage would work if I had another child since I had just found out I was pregnant. She congratulated me and was able to answer some of my questions but not others, and when she told me she’d get back to me with the rest of the information, I told her that was fine. However, when she did tag back up with me, I thanked her but also let her know I would no longer need the information since I’d had a miscarriage. A few days later my coworker approached me and asked to have a private conversation in a conference room, which I assumed was related to a project we were working on. Instead, it was him wanting to discuss my loss and share his wife’s miscarriage story with me. I was SO uncomfortable, and felt completely betrayed by HR. How dare they pass along this personal information to someone who had no reason to know it, whatsoever. Later when I did my own research regarding laws and company policies pertaining to HR and employee policy, I realized there basically were none. HR is not your therapist. There is no employee confidentiality. Anything you say to them, they are able to repeat to whomever they please in the company, it seems–with minor exceptions but you’d be hard-pressed to prove they did anything to break the law.

5. HR is there to protect the company.

Bottom line: Human Resources is the first line of defense for any organization. They are there to calm you down, filter your comments, and ensure you don’t take them elsewhere. Anything you say about your company and their management to others, whether it be a lawyer, social media, your friends, or even the press, could damage their reputation, and that’s the last thing they want. If you don’t have enough to prove your manager is doing something which could be considered harassment (like sexual harassment or discrimination)–Google your state laws to find out the clear definition–but you’re very concerned and worried about what’s been happening at work, and don’t trust the Ethics department there, go to your manager’s boss first.

A manager’s boss is responsible for their performance review and if they’re actually acting out of line, and you have some solid evidence (Take NOTES OF EVERYTHING!), this is where you may be successful in obtaining change not just for yourself but also for others. FYI, the more people who can support a claim about a bad manager, the stronger the case, so if you can get others on your side to also speak up, more power to you. Just make sure you understand what you’re doing before making a statement. Companies say there’s no retaliation allowed, but again–very difficult to prove, and your manager likely won’t take your movements silently without a fight.