I don’t remember why I didn’t write about it at the time, but it’s been a year since I ran the Rock n’ Roll half marathon in Seattle, and as I think back on it, I wonder if there will ever be a time again where we will be able to run organized races alongside strangers sharing the same goal, breathing the same air, sweating side by side–anxious, tired, but deliriously happy to know that the finish line exists, and there’s a clock on it. Unlike some goals, you know when you’ll get there, and that there will be people cheering you on when you arrive at your destination.

During this race, there are actual live bands playing during certain mile stopping points! It’s really fun, and this was one of the most amazing experiences of my life. I brought my phone with me in my pocket so I could take pictures. My sister said she was glad in case anything happened to me, though she was using an app to track my time and ensure that an ambulance didn’t have to pick me up mid (or quarter?) way haha. Family is so great… Anyway, I knew I would do just fine. It’s all about pacing yourself, and worst case scenario, you just walk, but that’s actually the worst thing you can do because picking up momentum after completely stopping is quite challenging. The tough part about running in Seattle was the altitude and hills. I was envious of those who could easily run up those neighborhood streets with steep slopes, but towards the final mile or two of the race, almost everyone in the pack of runners was like “nah”, we are gonna take this slow.  People in their homes were sitting in their lawns cheering us on, and some even shouted inspiring words from their windows. It was so cool to be part of a community that I wasn’t really a part of, but to be united in spirit. Though that sounds cheesy, you have no idea what it does for your self-esteem to see a cardboard sign saying you’re almost there until you’ve run 10 miles and still have 3 more to go but all energy seems to have left your body and your hair tie has just snapped! lol I recall that on the bridges there were guards ensuring no one did anything dumb, and on the highways, it was kind of scary but also exhilarating because you could hear the sound of traffic and you were so close to the vibrations of the road. You felt more alive than ever, like you were part of the wind itself. Ironically, you also felt more dead than ever, so you needed that extra push–whether it be from the wind, the adrenaline of running next to others and eavesdropping on their conversations (I’m not one for small talk when I run), or just the voices in your head while you listen to the lyrics of your song empowering you.

Then there are always TV characters you can call upon for help:

But alas, the end did come, and I received my runner’s shirt and medal. This wasn’t the only event I had planned for the weekend though since my sister had rented an Air Bnb with me.

My sister and I were able to go to brunch (yes, had a mimosa). We got caught in the rain going shopping at Pike’s Place. We wanted to fit in more activities like museums but were limited to public transportation and Uber and with having to wake up so early Saturday morning, I didn’t want to be so tired. I also wanted to work on the kids’ scrapbook on this weekend getaway but didn’t get to do much of that. After the race, however, we did get to go to dinner that evening and catch a comedy show that’s hands down the funniest I’ve ever been to at Comedy Underground. I don’t remember the man’s name, but I believe I included a picture of him below. Maybe it was Casey McClain?

Seattle is gorgeous, and it was nice to take a breather from life and just do something for myself. I didn’t win first place at the race, by any means, but being able to see the Space Needle, take photographs of the beautiful sky, and interact with some of the natives was pleasant. We even frequented some thrift stores downtown and a local park. I wish I could have stayed longer, but I’ll carry the memory with me for years! 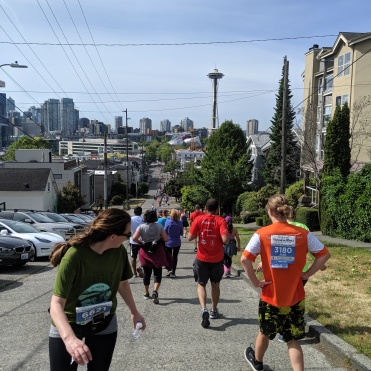 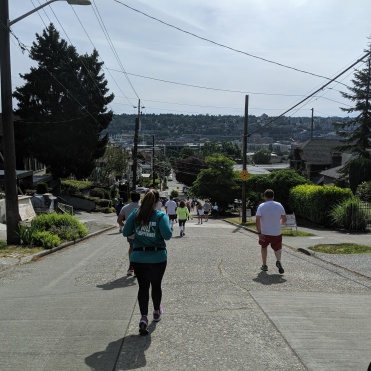 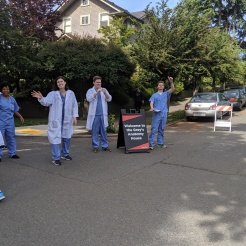 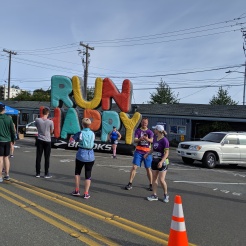 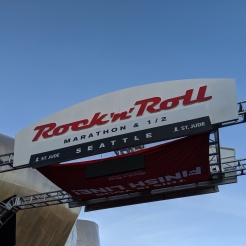 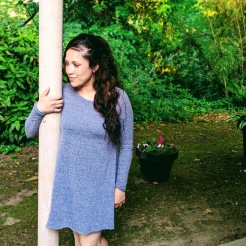